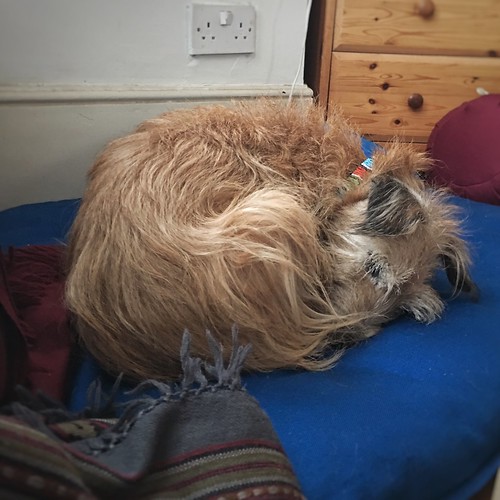 My friend F paints duck eggs. Not in the Easter/pagan sense of applying pigment to shell but in the canvas-on-easel oils-on-palette sense of depicting them. This bowl, these eggs, are not from her studio. They are in her kitchen. On her black work-surface against her black wall. Awaiting culinary rather than representational alchemy (in both disciplines F is an artist).

I can utterly understand the obsession. (She’s painted quite a large number of different permutations of eggs.) Taking the photograph was exciting enough – the textures, the colours, the subtle gradations of hue, the shapes, the way the light fell on and thereby changed all these things. And all I did was twiddle a couple of knobs, position the camera and click the shutter. Imagine the challenge, the possibilities of building up an image from nothing.

It is F’s birthday today. She is one of eleven pisceans sufficiently near and dear to have their birthdays entered in my calendar, the first of whom (February 21st) is 1st son and last of whom is me.

Are pisceans reputed to get on particularly well together? or is this bulge (yes, it’s far and away the biggest clump of nearest-and-dearest birthdays, I went through the aforementioned calendar to check it wasn’t merely “I’m a piscean” bias), is this bulge (I restate since the previous parenthesis was so long you might have forgotten the original question), a statistical anomaly?

Anyway, the explanation, should one ever conclusively be demonstrated, matters not at all. I merely wish to celebrate and salute my fishy sistren and brethren.

(And for the terrier-fancying fish among us – yes, that means you, Fresca – there are more pictures of the lovely Maizy from yesterday’s impromptu photo-shoot here, here and here.)

I love this picture of Maizy, snatched today in one of the nano-seconds she’s actually still whilst not also being asleep. The near-palpable quivering intensity of focus in that gaze. The fact that under that utterly undisarming dishevellement of bristling fur there are undoubtedly fangs.

She is nothing if not ferocious. She hunts and kills, ferociously. She guards, ferociously. She loves, ferociously. Me. It was, after all, what she was acquired to do. She follows me around the house. When I sit to meditate and shut her out she curls with a thump against the door and wedges her nose next to the gap. I can hear the sound of her breathing from the other side of the room.

I need her ferocity, her tenacity more than usual at the moment, more than I can say and for reasons I’m hardly capable of explaining.

But, by a sleight of iTunesmancy, I can put forward the following:

I suggest a volume of ear-bleed-inducing intensity.

Oh dear. I couldn’t resist this. And then Maizy stuck her head into the picture and perfected it.

Luckily the postman knows (and, incredible though this may seem, likes) her and never puts his fingers near the letterbox itself knowing that anything he inserts into the opening will be ripped away from the inside. Ferocious growling and rattling follows as the post is thoroughly shaken and savaged until pronounced dead and dropped on the carpet, usually in tatters.

The patch below the letterbox is where the paint on the inside of the door has been removed by her teeth.