This is for my three readers (you know who you are) one of whom has requested a blog post.

Occasionally I become enthusiastic about things but can’t convince myself that anyone else would be interested, even should I manage to find words to convey whatever the enthusiasm was. There’s more than enough stuff out here on the internet so why would I add to it? However I did flex the fingers and write quite a long email recently to my meditation teacher, Alistair Appleton, which is reproduced below.

The discussion could probably be said to have been generally about ground in Buddhism.  Or perhaps ultimate reality. Or maybe Buddha-nature. Or could it be madhyamaka… It’s all very very slippery. 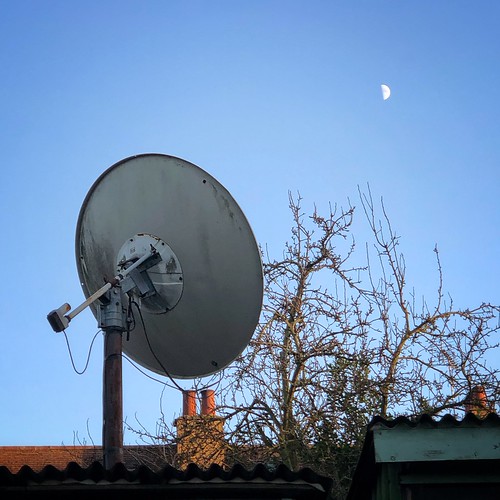 My most recent thrilling discovery is Nagarjuna. Quite randomly I got an audiobook called “Verses from the Centre” by… Stephen Batchelor! without knowing anything about it. Turns out it’s his translation of and exposition upon the Mūlamadhyamakakārikā . But for the hard of thinking, such as myself. Even rather beautifully read in his very deliberate style it is far too dense for me to chew on in audio book form, so I got the kindle edition as well. I’m still chewing, slowly and contentedly like a cow with ambrosial cud and haven’t finished it yet (several weeks later) in either form.

This is where I’m up to, and the most recent block of text highlighted in the kindle edition (which I can also copy and paste, rather thrillingly)

“Nagarjuna’s vision is one of uncompromising immanence. What keeps one locked in repetitive cycles of anguish has nothing to do with being cut off from a transcendent God or Absolute or Mind. The classical Buddhist notions of buddhanature and nirvana are treated as metaphors for a freedom that occurs in this very world of sense and reason. Nagarjuna says that

When transfixed
On what’s unwavering
Beyond fixation’s range,
You see no buddhanature.

To elevate anything, however noble or exalted, to the status of a transcendent reality beyond this world is fixation’s final and yet perhaps most seductive strategy of all.

Fixations are deeply embedded traits of human behavior. They do not magically evaporate the moment one experiences the world as “unfixatable.” However liberating such insight may be, it is insufficient to free one from the habit of fixation. Once the intensity of the unfixated moment fades, fixations reassert themselves. Even the experience of freedom itself is not immune to the corruption of fixation. As Nagarjuna is aware:

“I am free! I cling no more!
Liberation is mine!”—
The greatest clinging
Is to cling like this.

A glimpse of freedom does not in itself free one from the craving to be someone special and apart. To be free from such longing entails the patient, ongoing cultivation of an intelligence that is acutely alert to the danger of self-deception. The aim of this process is to go beyond the very need to stand out. As Nagarjuna says,

Clinging is to insist on being someone—
Not to cling is to be free to be no one.”

Ah the fixations. Sometimes they feel like an entanglement of barbed wire, sometimes like the softest of comforting shawls. And those are just the ones I’m aware of! I suppose they are related to, if not actually co-terminus with, Trungpa’s “thingies”. I don’t like the use of the word “intelligence” towards the end there, because it takes me back to a head space of intellectualism (but that’s one of my thingies) and would probably prefer the word “awareness”. However I absolutely love the use of the word “transfixed” in the first line of the first verse quoted working as a wonderful counterpoise to “fixation”. A sort of “is-ness” contrast to the “made-ness”. (Although as we know there is no is-ness.)

I’m so interested in the intersection between the glimpse of not-stuff and the overwhelming love that, for me, came with it. (Batchelor has also translated Shantideva’s Bodhcaryavatara which I downloaded as a pdf from the internet somewhere.) The nearest I have got, so far, is the thought that, in the freedom to be no one there is also the… what? responsibility? (totally the wrong word, too dualistic, too constraining) of being every one.

Coming home from somewhere or other I sat, by chance, opposite this, a rather lovely reminder that language has limits, and that’s ok. 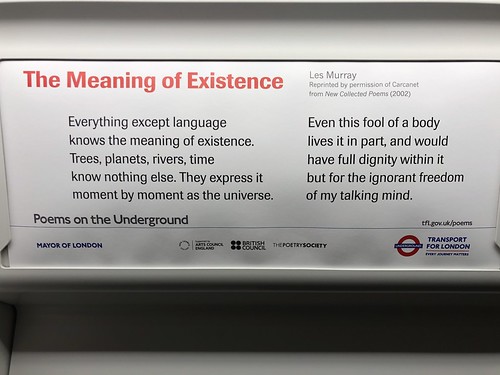